The featured artist in this episode of The Freio Music Podcast is Mackenzie Page. Mackenzie was the lead singer in Gipsy Moon and is now embarking on her solo career. She is in the process of recording and finalizing her first solo-album. She is a multi-instrumentalist based out of Colorado. In this episode you will hear about her travels, tactics to learn new instruments and styles and to persevere through hard times.  Stay tuned and enjoy! 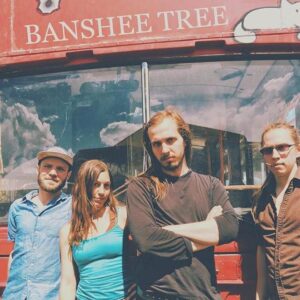 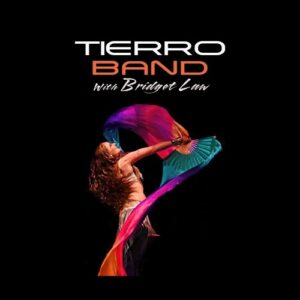 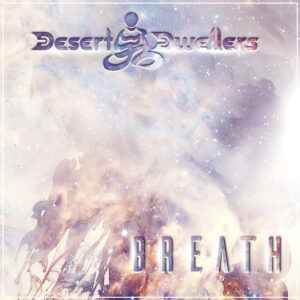 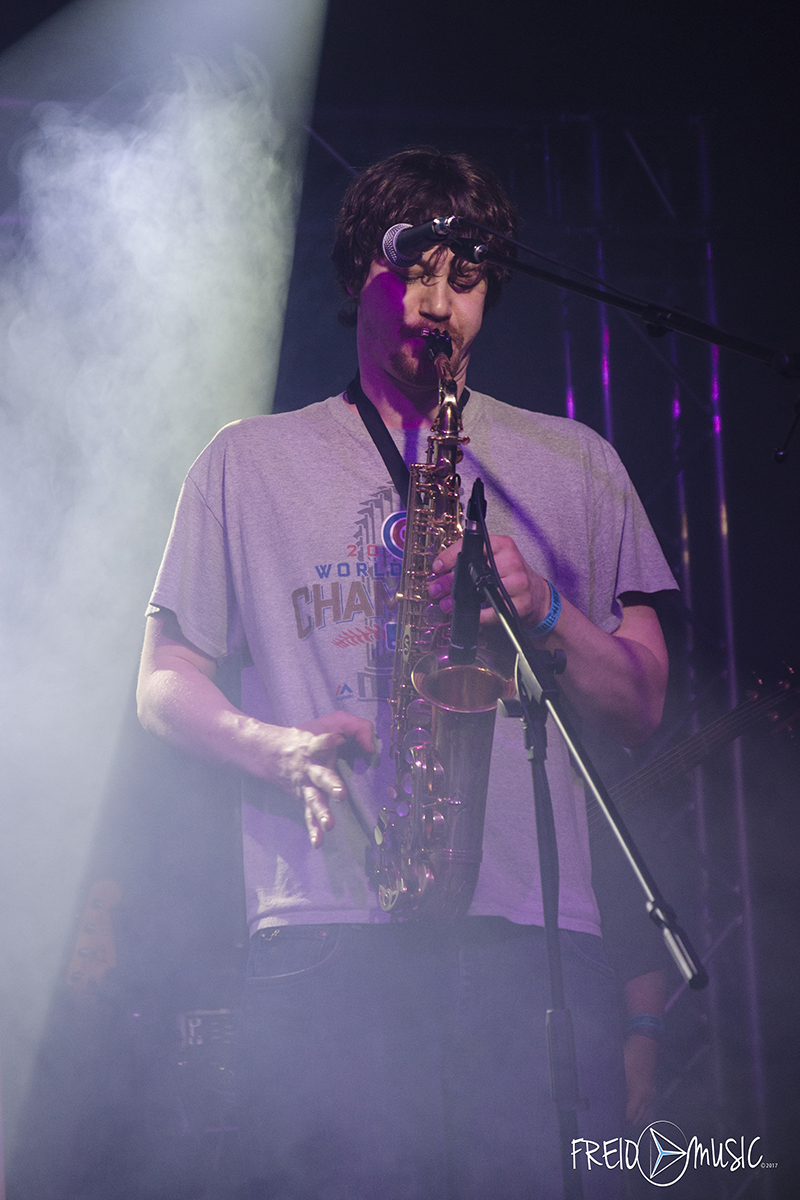 Last Friday at the Domino Room in downtown Bend, Oregon, we were able to catch Leftover Salmon’s opener, World’s Finest. Featuring an electric banjo, saxophone, and vintage guitar, they had a rustic and organic vibe. Blending elements of ska, bluegrass and reggae, they were able to touch on several familiar sounds while adding their own character and a bit of a twist. 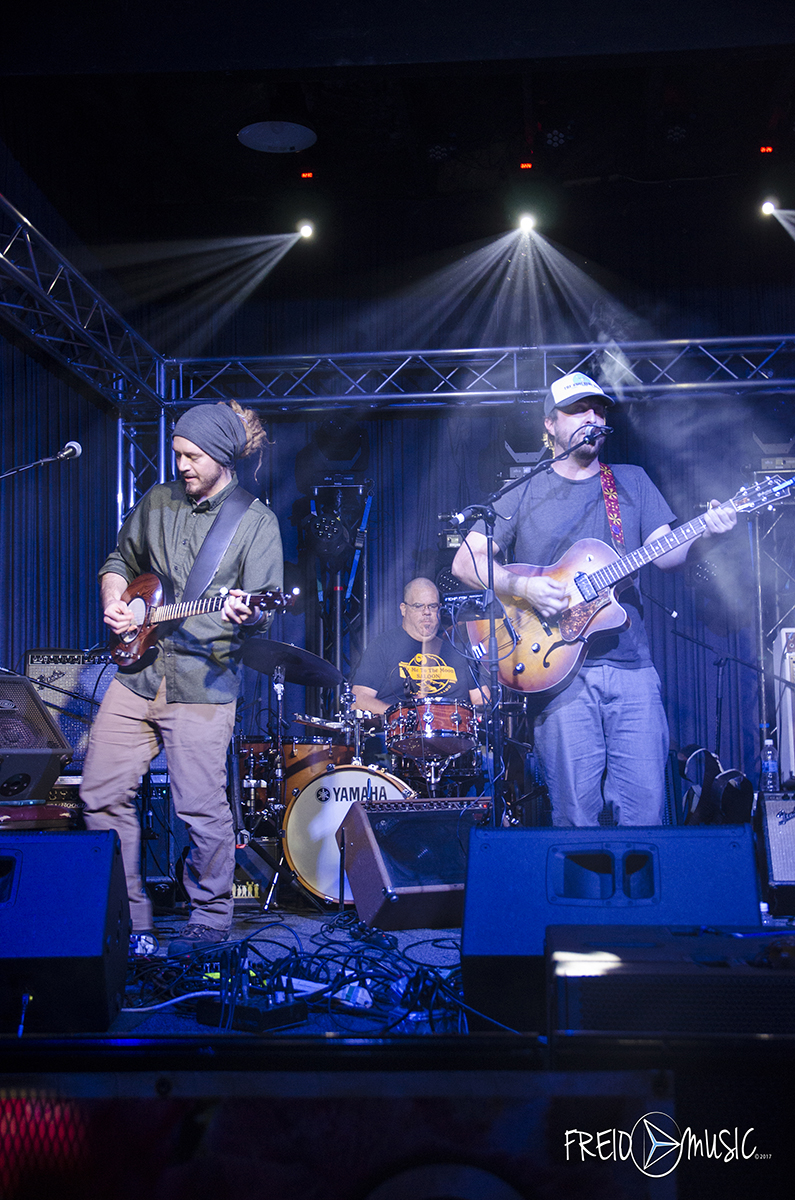 Juggling genres and different styles, it was obvious the group drew inspiration from assorted backgrounds. There were many moments of feel-good-bluegrass easily associated with Portland and The Pacific Northwest. Both upbeat and rock influenced it reminded me of groups like Fruition. Other times they would tone things down and switch over to reggae and ska. Some highlights included “Rub-a-dub” reggae and well timed breakdowns to group acapellas. With flexible musicianship, they were able to showcase a few covers as well.  My favorite was their funky-bluegrass cover of “Pick Up the Pieces” by Average White Band.  The nostalgia of the song, accompanied with their provocative saxophone, was a great way to close out the set. 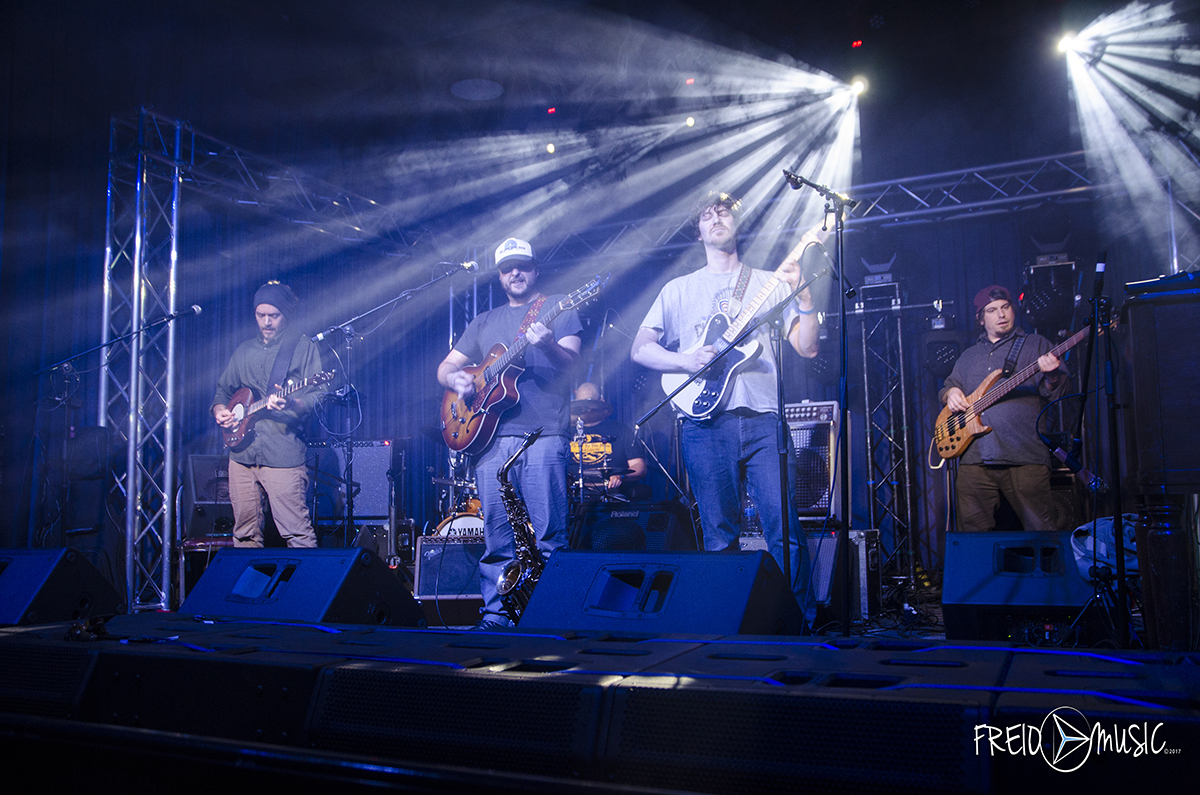 Full of fun energy and a feel good vibe, World’s Finest had very personable crowd interaction and seemed to thoroughly enjoy their time on the stage.

Check out the links below for music and more on the World’s Finest! 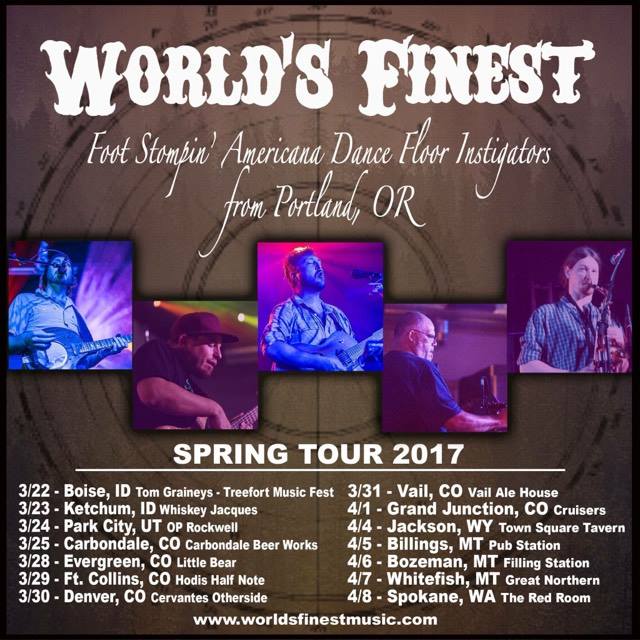 It was the night of May 5th at Swallow Hill Music Hall in Denver, Colorado. The rain turned to sleet and the sleet turned to heavy snow. The arrival of the Californian Bluegrass band was greeted by nasty weather and a packed house filled with music lovers of all ages. The night began with Rail Splitters from Boulder, Colorado warming up the theater with their quick pick’n and melodic music.  By the time Front Country took the stage the audience was ready for steady rhythmic bluesy bluegrass.  Front Country is one of those bands who cannot be easily fit into a box or genre. They expand upon all of their individual strengths to blend, mold, and shape the sound until it’s profound.

Front Country’s songs are inspired by a range of topics including but not limited to the snowy state itself, Colorado, and an old time song about a gold mine prostitute. When Melody picks up the Kashishi she woos the crowd with her shakin’ while both Adam and Jacob trade instruments between songs to bring a new sound.

Front country’s album, Sake of the Sound, was created by a sextet (six members). Three of the six band members on the Album have jobs outside of the music industry. The momentum the band is riding keeps gaining speed, propelling that ‘Gospel Train’ around the country.  With diverse musical backgrounds, they feed off each other musically to break through traditional boundaries. They have earned University degrees studying, jazz guitar, vocals, classical guitar, and jazz bass. They have worked hard to get to where they are today and it is clearly paying off.

Sake of the Sound

They dedicated 10 consecutive (16+ hour) days to the recording of their debut album, Sake of the Sound. While many bands struggle to find a collective sound due to their individualistic desires, Front Country is a band of stars, shining together.  Their collaborative spirit is revealed as they dynamically alter their music for maximum impact.

If you enjoy acoustical harmonies with some fast pick’n solos, this band is not one to miss. If you missed the show, the good news is that Front Country will be back in Colorado and touring the country once again in a few weeks. With stops at festivals, such as Campout for the Cause and Meadow Grass, this band is only getting started. They won a place on the main stage at Telluride Bluegrass Festival, and they are on their way to a city near you.

To listen to the FreioMusic interview with Front Country:  click here

Arise Festival 2014 in Loveland, Colorado. Freio Music’s talented team captures the cultural gathering with energy with style. Arise Festival features artists from across the musical spectrum. Share it. Enjoy it. See you next year!

By the time the gates were finally open, the energy began to pick up.  With the people came art, laughter, color and flavor.  As the camping area began to fill up it was clear that this year was much larger than last.  The same beautiful location shared by thousands of new attendees.  With ‘dualing stages’, two stages set up right next to each other intended to minimize musical downtime, the music continued and the crowd stayed close.  The electronic stage, Souls Rising, had a stacked lineup of talented young and established acts.  The energy by Souls Rising stage kept a steady group of dancing bass faces content.  While the Souls Rising stage was considerably smaller than the other two main musical stages, it was the destination for many festival goers and it delivered.  The stage and surrounding area was decorated ornately from the lasers beaming around the ground to the CDs hanging reflectively from the trees.

This year’s attendance appeared to be at least double, possibly triple, the previous year’s attendance.  The festival was prepared and there was ample water, food, and portable toilets.   The vender village was one of a kind with an array of smells coming from the food stands, and an array of colors coming from the vender stands.  Artists are now migrating to Arise festival from all over the USA, contributing to its colorful diversity.  Arise is Colorado’s best and most diverse music festival.

Once again SunRise Ranch played the role of the gracious host and one can only hope that they received the support and recognition they deserve for sharing the incredible valley to all of us who attend.  With out the support of SunRise Ranch this event would not be possible in its current form.  The artists also deserve a huge shoutout for making the experience what it was, and sharing ideas, thoughts, and emotions through their sound and visions. Equally the fan, the festival goer, the music lover, the ‘escape the 9-5 artist’, anyone who attended a festival, deserves a huge thank you.  With out listeners how could music work?  It is you who make this possible and for that all of us here at FreioMusic, Thank You!

This first video stars the mandolin player, Silas Herman, who wrote and leads the song with powerful and evolving melodies. Nothing better than a joyous jams.

“The music is like the fire …. and we all gather around it to warm our souls” 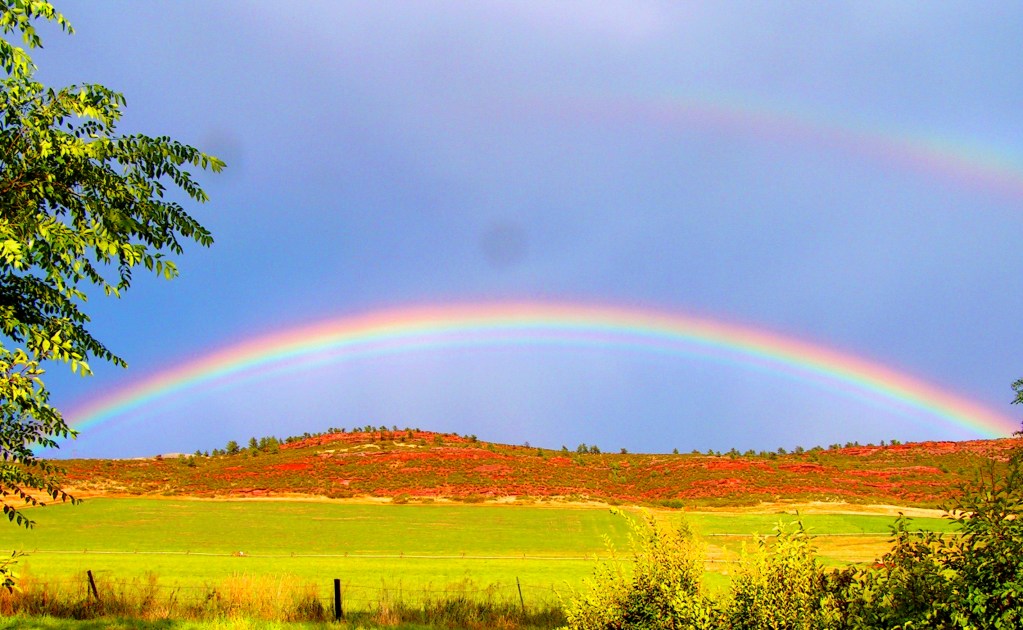 A new festival has emerged onto the Colorado scene this summer. Backdropped by the serene beauty of the Rocky Mountains, Arise Festival has set its sights on being the very essence of a festival –  co-creation, music, art, yoga, and community. Sunrise Ranch, an hour north of Denver, will provide the magical space for festival goers to explore and re-connect with nature and one another. The atmosphere is looking to come together seamlessly, complete with Hemp Village, Kids Village, Organic Food and Beverage Village, and hey, my fellow beer lovers, a Craft Beer and Wine Village!

The festival will also feature a selection of independent films including – Bidder 70, Chasing Water, Arise, and The Bloom. If that doesn’t expand your mind enough – check out the healing space, Temple of the Heart, on site. It will encompass activities like yoga, kirtan, meditation, and a healers tent to completely rejuvinate you- mind, body, and soul.

Aside from the perks… the music lineup is stacking up quite nicely to create an incredibly diverse world sound to fill up those Colorado mountains.

So who is playing you ask? 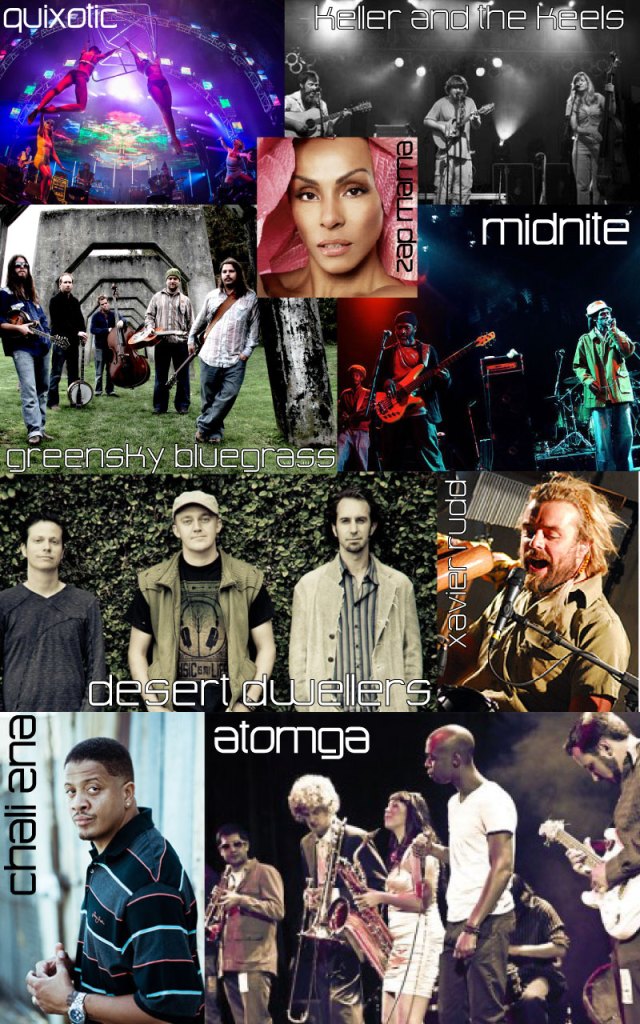 We are very excited to be apart of this melding of art and community. Not convinced yet? Check out the music below…

But just you wait… the complete lineup so far includes: 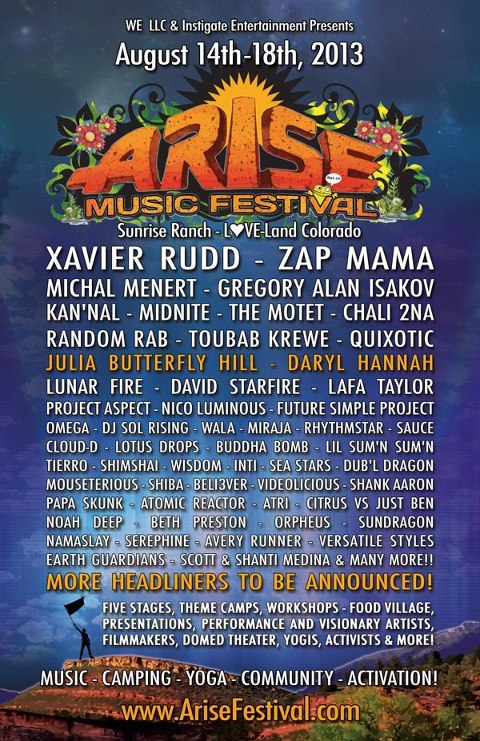 Boulder based and CU buffed band, Rocktin Grove, is jamming its way through the Colorado music scene. With an original sound that seamlessly blends together a wide variety of genres, Rocktin Grove has a little get-down for everyone. From funked out bluegrass twang to hot latin soul, their sound is something uniquely robust and not to be missed. The seven member group, with two years of jam-tastic rocking under their belts, has incredible ‘get-yo-feet-movin” potential to break from their Front Range Colorado stage to a national one. Fans of the band describe the sound as “funky bluegrass awesomeness” and as an interpretation of music they have all always loved transformed into something new and original. The band says, “Calling Boulder, Colorado our home, the mountains, beautiful blue sky, and deep powder keep us loving life and loving music.” Amen. 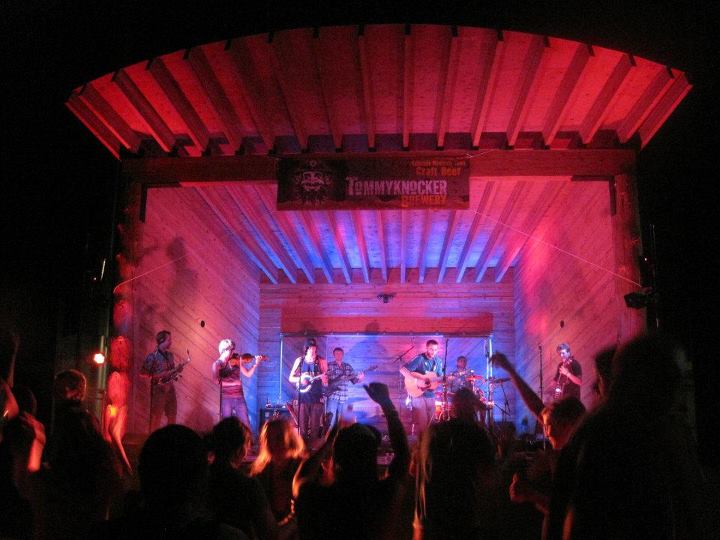 My personal favorite: Crowfoot Funk…it will get you going! Hot damn!

Wanting more? Check out their site:

“Our reason for doing the newer-type music wasn’t pretentious or irreverent or sarcastic or disrespectful,” explained Curtis Burch. “We just felt like people were ready to see that you could really expand the sound, using those same instruments.”

Ah, the sweet sounds of New Grass Revival. The group, formed in 1972 by four former members of the Bluegrass Alliance, brought bluegrass into an entirely different realm. Long hair, everyday clothing, and fresh sound put a new face on traditional country pickin’. Plus, they had the father of bluegrass, Mr. Sam Bush. The progressive group was graced by the presence of not only Sam Bush, but Courtney Johnson, Ebo Walker, Curtis Burch, Butch Robins, John Cowan, Bela Fleck, and Pat Flynn throughout the band’s life. The real reason I wanted to share this get down bluegrass band with you all, however, was for this kick ass video below. I hope everyone enjoys it as much as I do. Plus, they look damn good.