It was the night of May 5th at Swallow Hill Music Hall in Denver, Colorado. The rain turned to sleet and the sleet turned to heavy snow. The arrival of the Californian Bluegrass band was greeted by nasty weather and a packed house filled with music lovers of all ages. The night began with Rail Splitters from Boulder, Colorado warming up the theater with their quick pick’n and melodic music.  By the time Front Country took the stage the audience was ready for steady rhythmic bluesy bluegrass.  Front Country is one of those bands who cannot be easily fit into a box or genre. They expand upon all of their individual strengths to blend, mold, and shape the sound until it’s profound.

Front Country’s songs are inspired by a range of topics including but not limited to the snowy state itself, Colorado, and an old time song about a gold mine prostitute. When Melody picks up the Kashishi she woos the crowd with her shakin’ while both Adam and Jacob trade instruments between songs to bring a new sound.

Front country’s album, Sake of the Sound, was created by a sextet (six members). Three of the six band members on the Album have jobs outside of the music industry. The momentum the band is riding keeps gaining speed, propelling that ‘Gospel Train’ around the country.  With diverse musical backgrounds, they feed off each other musically to break through traditional boundaries. They have earned University degrees studying, jazz guitar, vocals, classical guitar, and jazz bass. They have worked hard to get to where they are today and it is clearly paying off.

Sake of the Sound

They dedicated 10 consecutive (16+ hour) days to the recording of their debut album, Sake of the Sound. While many bands struggle to find a collective sound due to their individualistic desires, Front Country is a band of stars, shining together.  Their collaborative spirit is revealed as they dynamically alter their music for maximum impact.

If you enjoy acoustical harmonies with some fast pick’n solos, this band is not one to miss. If you missed the show, the good news is that Front Country will be back in Colorado and touring the country once again in a few weeks. With stops at festivals, such as Campout for the Cause and Meadow Grass, this band is only getting started. They won a place on the main stage at Telluride Bluegrass Festival, and they are on their way to a city near you.

To listen to the FreioMusic interview with Front Country:  click here

In this exclusive artist interview, FreioMusic sat down with three members of the up and coming Bay Area band, Front Country.  Front Country’s Adam Roszkiewicz, Jacob Groopman, and Melody Walker generously shared their time and stories prior to their first ever performance in Denver, Colorado at Swallow Hill Music Hall.

Click to listen to Front Country’s new album, Sake of the Sound

“How do you describe your sound? It is the hardest thing in the world to do.”  – Sam “I don’t want to follow other’s sound, and create that kind of music” Sam said [referring to the main-stage aka house music] “as long as we do something other people are not”.   They are staying true to their name and embracing cultures left and right.  Greg shapes the sound with his tight rhythm on the drums and his ‘bangers’ for the nightlife sub-loving ladies from the bay area while Sam stretches their comfort zone into foreign lands such as India, Ireland, and Nepal to name a few.

Listen to how Greg rips up the acoustic drums during their live digital set.  The last 5 minutes exemplify Greg’s superb drumming. Tribal Spectrum (live 6.12.2012) *Download –> Right Click & Save As

To check out a short video from the tribal show, click the links below:

One of the favorite local venues of Eugene, Oregon, Sam Bond’s Garage, was already set in my mind as the place to get down last Friday night. The now Portland-based Water Tower Bucket Boys made their way down I-5 to shake up the town, but there was a little something extra thrown into the bluegrass party. The opener of the night, Fox and Woman, filled the room with a smooth and sultry sound of impeccably blended harmonies. The provoking band name came from a song written by vocalist, Jess Silva, while washing dishes in a San Francisco cafe. She noted the back room provided the, “prime time to space out and write music.” Jess and violinist, keyboardist, vocalist, and co-worker, Emily Haltom, found a creative energy together playing outside bars on the streets of San Fran. After some pretty wild band names and varying members, Emily and Jess added Leo Suarez(cello), Will Boast(drums), and Andrew Paul Nelson (mandolin, guitar ukulele) finally solidifying the band that is known as Fox and Woman. Their music harbors a full bodied melding of rich instrumentation and vocals that soothes the listener into the depths of something that is beautifully captivating. Emily describes their sound as, “electro-alternative folk”.  With the use of peddles for the electric guitar atop acoustic rhythms, their sound is only beginning to transcend genres beyond their indie-folk roots. From playing outside of bars in San Francisco to inside them in Eugene and throughout the Northwest, this band is definitely going great places. Their individual raw talent fuses gracefully together as one unbelievable band. Their live show is not to be missed.

Check out their pages!

With a flavor from all corners of the globe, their album truly represents the meeting, merging, and colorful blending of all cultures.  A must-listen-to breakout artist from the Freio Music Community!    If you are in the North West (in USA) don’t pass on an opportunity to watch Tribal Spectrum Play a Live show!

The entire album can be downloaded for free at:  Music.Tribalspectrum.com      (to download a song right here on freiomusic.com, Right click & save the file or link) 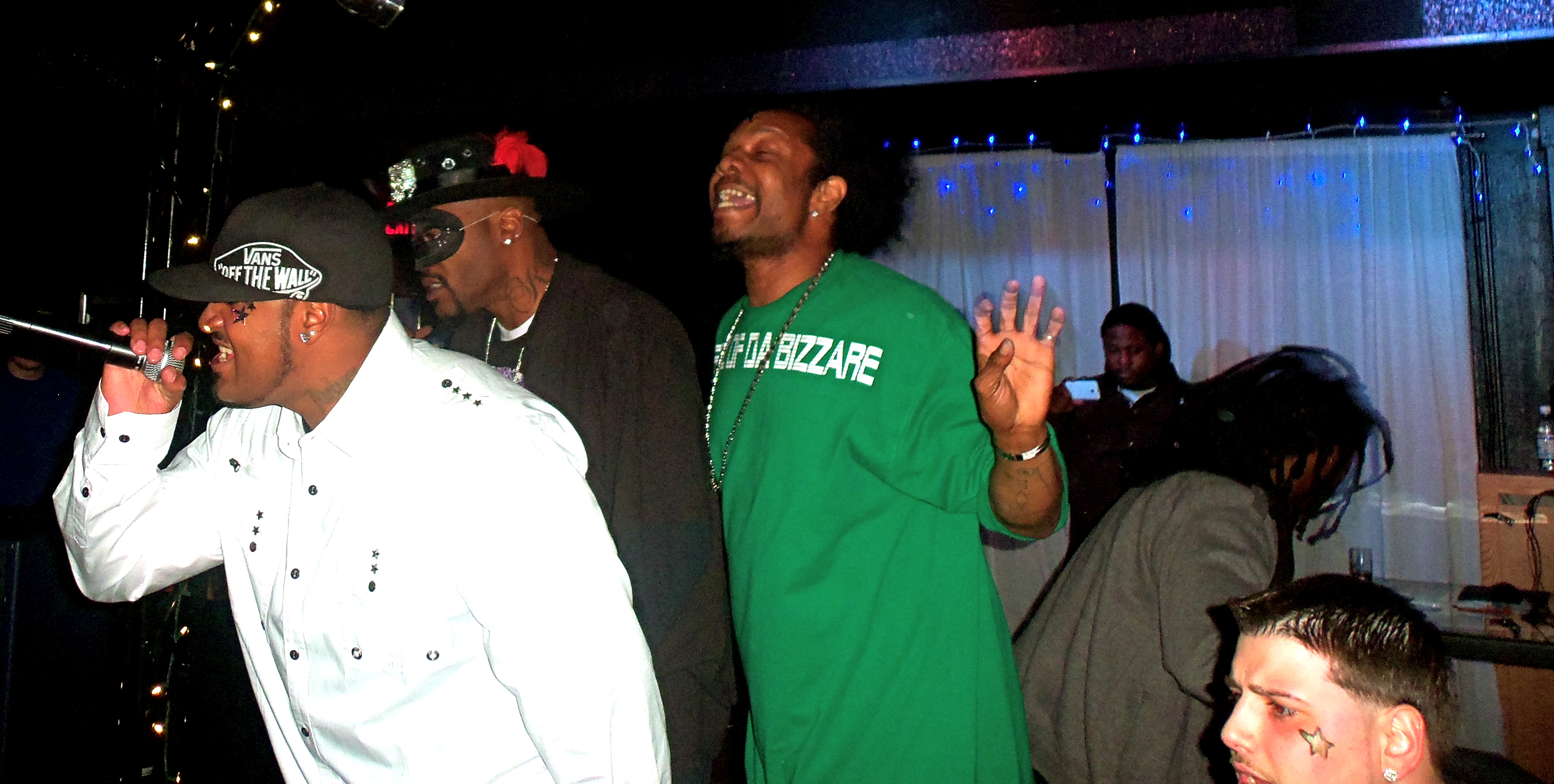 Bay Area Hip Hop Legend San Quinn made his way up the coast all the way to Eugene, 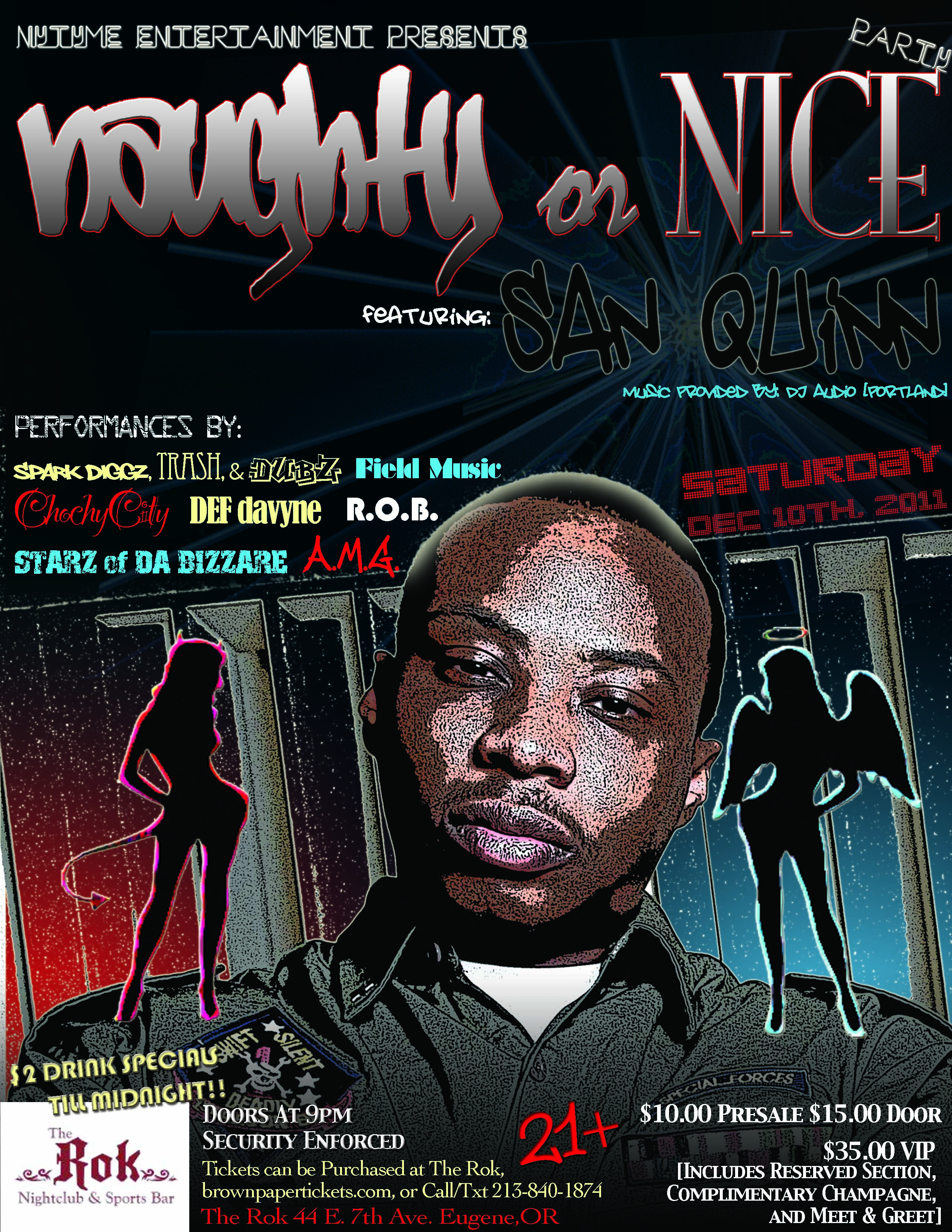 Oregon with a crew of fine Cali rappers. With performances by Spark Diggz, Trash, A.M.G., DEF davyne, Field Music, Dubz, Chochy City, and R.O.B., the event was a rarity for the Eugene music scene. One group in particular, Starz of Da Bizzare, raged the stage harder than any group. They got the room up off of their bar stools and onto the dance floor, drinks in hand. The room came alive with their raw talent and high energy.

With fluidity they passed the mic around while pumping up the dance floor with their rowdy instrumentals.  Eugene didn’t even know what hit them as the mellow audience was 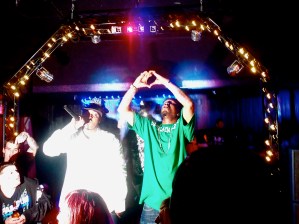 starstruck by the STARZ OF DA BIZZARE.  FreioMusic had the privilege of meeting a few members from the group, Fly Trapper and K9. The two upstanding gentlemen had nothing but love and dirty rhymes to spread to Eugene. Although the turnout was fair, this party should have been overflowing. Much love to all the groups that performed like it was, come back soon!

For More info please check out: