Scott Brown, AKA Surfing SoundWaves, returns to FreioMusic. The 22 year old Denver native illuminates your mind with his smooth and tasty style of music. The bass hits heavy and the leads ride smooth like Orangatang wheels. Here are two tracks from Surfing SoundWave’s upcoming EP “Guerilla Warfare” (due to drop late this fall) for free download! Each jam has it’s own distinct journey and feel. The Cozza Frenzy Remix bangs hard, making use of heavy leads and phat sub-bass. “Guerilla Warfare” (the title track) is a deep, ominous ride through the unknown. This young producer really shows promise as he continues to improve and explore his sound. The big stages are calling for Surfing SoundWaves!

Show your love for the music! Hit the links below to support Surfing SoundWaves!

A wonder from down-under; Finite State

This dynamite duo is a fresh project from Adelaide, Australia. The smooth, cerebral music of Rohan and Josh (AKA Finite State) leads your mind to a beautiful and hidden part of your soul. Josh Warry is a returning Freio Artist for his self titled solo project, while Rohan makes his Freio debute. This new partnership is bound to blow up! With minimalistic leads, a low, smooth bass, and tranquil drums, Finite State brings an ambient vibe that is almost mesmerizing. I’m excited to see where the music takes this young and talented duo. In the words of the artists themselves; “For best results: Lights off, Headphones on”

Show your love for the music! Hit the links below to support Finite State!

Also, take the time to check out Rohan and Josh’s Solo Pages!

Freio brings you some deep-south dub! Coming at you from Ft. Worth, Texas, here is Night Wave. In the hard-hitting world that is dubstep, Eric Sauber is a heavy weight favorite. As the production mastermind behind Night Wave, Eric Sauber is one of the heaviest, filthiest, dub-face-makin’ music producers to reach my ears. The haunting combination of incredibly crisp, samples into deep, dark lows is simply one of a kind. Take some time, let the beat soak into your skin. This is some dubstep that you simlpy cannot afford to miss. For booking or any other inquiries, hit Eric up at ericjsauber@gmail.com, and of course, become a fan by visiting the links at the bottom. Big ups to Night Wave, mad respect for the work you put into your music. Onward!

Show your love for the music! Hit the links below to support Night Wave!

2011 brought so much music to our ears that it is difficult to decide who should be mentioned in this article. Thank you to ALL of the artists who found a way to put their ideas into the air for the rest of us to enjoy. You are what makes this world so beautiful. With that said, here are my picks for 2011…

A dynamic duo production team coming from Zurich, Switzerland. L&M Project has swept the electro scene with heavy, dirty dance beats! These talented producers are just begining their journey through the incredible world of dance music. At the tender age of 18, these kids are making a name for themselves. Originally featured on Freio back in August, 2011, L&M project has blown up since! Thanks for your hard work guys, it is definitely paying off. It is just a matter of time until we see L&M Project on the main stage at the worlds premier festivals and raves. Much love!

Hit the links below to show your support for L&M Project!! 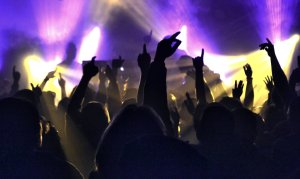 In the erupting electronic music scene, it is difficult to identify yourself away from the pack. The San Jose native Nit Grit (A.K.A. Danny Beall) has been able to do just that in 2011. His understandning of musical layers, technology, and a unique compositional taste has allowed this producer to push the limits of electronica to a new dimension. Nit Grit has spent the past year making his sound even more influential and dirty, dropping such tracks as “Wake Up”, “The Kids are Cruel”, and “Supreme” ft. Stephan Jacobs.

Hit the links below for the Free Downloads (available at NitGrit.com) as well as the latest news, updates, and other info from the talented Nit Grit!

Again, thank you to all of the artists who were active in 2011! We couldn’t be here without you! Looking forward to another year of great music in 2012! 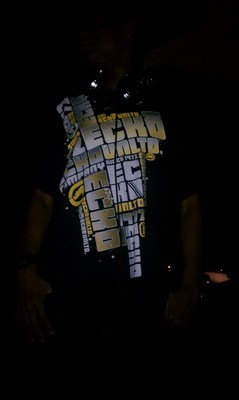 AMBISIE is an emerging electro powerhouse from Diamond Bar, California. This producer drops heavy bass with smooth, unique samples that will make your blood pump! Described as “Awesome uplifting sounds with such an electro feeling that will touch the hearts of everyone and dance the night away!”, AMBISIE is sure to bring down the house in any party, rage, rave environment. Influenced by KLAAS, BodyBangers, Avicii, KASKADE, and many others, it is safe to say that AMBISIE is on track to spin with the best of them all. Keep your ears open for AMBISIE on the big stages in the near future, because with sound this bumpin, the top is the only destination!

AMBISIE is in the studio working on his newest production! Look for his latest releases including a colab with Mr. Contrast to be released soon! For the latest information and jams from AMBISIE, follow the links below! 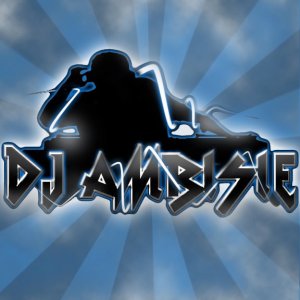 “Gravitate” by Surfing SoundWaves and PeAnuT 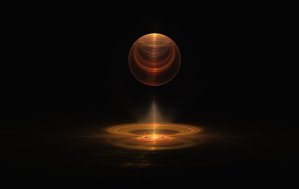 This fresh, new track emerged from the combination and infusion of two young artists styles, Pat Jackman of PeAnuT and Scott Brown of Surfing SoundWaves. Dive into this heavy, wobble filled universe that truly is the beginning of a fantastic duo. Close your eyes, open your ears, and feel your body lift from the ground and into a new reality.

Support and share the artists you love!
Gravitate by Surfing SounWaves and PeAnuT

L&M Project is a duo production power-house coming from Zurich, Switzerland. These young guys (17 and 18 years old) are killing it! Their club smashing Electro/ Hard Electro/ Electro House music pulses through your body and makes you move. L&M Project is making moves, dropping that 808, and heading to the top. I for one am stoked to see what these guys have coming next! Great work guys, keep it up!

Spread the word about L&M Project! Become a fan to the links below!
Soundcloud