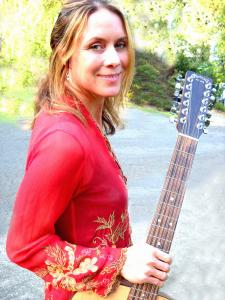 Energized and enlivened by the beauty of Indian singing and instrumental uniqueness, Jaya began leading kirtan, call and response mantras accompanied by instruments such as the harmonium, tablas, the two-headed mrdanga, or in Jaya’s case, the 12-string guitar. She began writing her own devotional songs in the 1990′s on the Hawaiian islands. Her name was bestowed upon receiving harinam initiation from a great Vaisnava saint from India. It translates to “victory to the goddess Lakshmi”, the Hindu goddess of fortune and spiritual wealth. Since then, Jaya has created 4 solo albums on Sequoia Records. 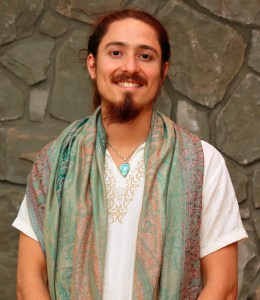 Gentle acoustics coupled with peaceful vocals, Ananda Yogiji is a talented musician and composer. Not only is his music fed by mantras and a deep devotional spirit, but also his practice of yoga and meditation (primarily Kundalini) for over five years. He is a singer, a guitarist, a teacher, harmonium and Bansuri flute player, and a open and kind soul. Since partnering with Jaya Lakshmi, he has performed with artists like Jai Uttal, Shimshai, David Newman and Dave Stringer.

Since the two came together in November 2010, their collaboration has resulted in an incredible musical fusion, sacred and beautiful.  Their album, Live at the Altar of Love’ was a product of their Altar of Love Immersions which involve teaching yoga together, performing music and holding ceremony.